skip to main | skip to sidebar

25 years ago at the age of 15 I dragged home a broken down car. A 1972 Honda 600 Sedan. Two cylinder, air cooled sedan that looks alot like an old Minicooper but oh so much cooler. The last time I drove this car was the spring of 1987. I always intended to fix it up more but life happens and in my grandparents garage she sat waiting. Fast forward 25 years and it's time to finish what I started and bring her back to life.

Years ago I spotted a 600 sedan behind a garage in a nearby town, I approached the owner and asked if I could buy it. The sedan, originally red, was painted yellow and had the shop name and number on the side. The owner had used it as a sign years before but had retired it to the back of the shop. We struck a deal and I brought it home picking parts as I needed them, if it had not been missing so many parts I might have kept it intact.

Saturday morning I went to my grandparents to pick up the parts car. I brought it home the 65 miles to my place and stripped the last remaining usable parts off it. Sunday I brought the remains to the local recycle yard. One of the yard dudes said a local guy "has a bunch of these cars". Im now attempting to sind this guy. Seems like everyone knows someone who has one of these cars but the truth be told just about everyone of these folks I've met has something like it but not a Honda 600. 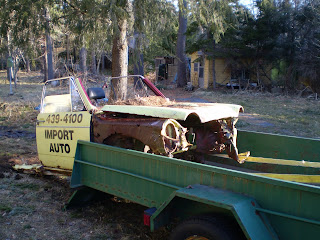 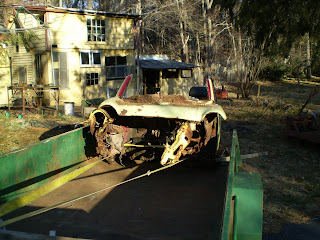 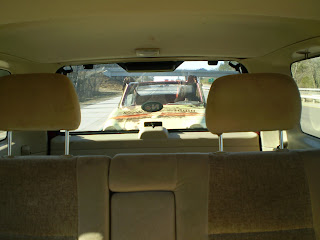 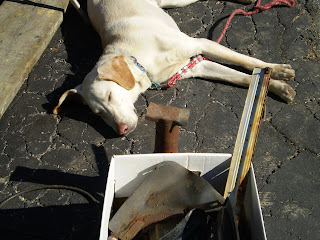 Posted by Dave Douglass at 6:55 AM

A picture straight out of 1986. Fresh coat of paint and some new tires.

Dave Douglass
I am an Architect in Portland Maine, Live in Windham with my wife Deirdre, her son Andrew,her sister Brittany and our doggy Jerry.